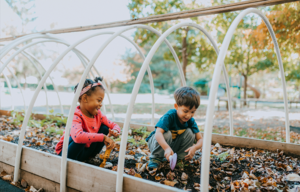 The calendar insisted it was still only March when I started receiving daily emails with forwarded articles or retweeted blog posts about what schools must focus on when they reopen. There was an article in The Washington Post about the value of play and the resurgence it should make in elementary schools. There was The Wall Street Journal editorial about the relative meaning of grades and standardized test scores when schools are closed. There was an entire website created for New York City residents to share their experiences of kindness. It turns out that it only took a global health crisis for everyone to recognize the truths Quaker education has known since its inception.
We’re two months into school closures, and there’s still a steady stream of such articles filling my inbox. With each passing week, I’m called to optimism, hoping that the wider world will plant its feet this time as it steps closer to the core beliefs of Friends School Haverford. I’d be lying if I didn’t confess I’m not yet convinced, though. Education is too often a numbers game, from test scores to admit rates to elite schools, from minutes of instructional time to budget cuts that turn the arts into luxury schools can’t afford. I’ve heard more times than I care to remember that the Quaker schools where I’ve spent my career focus too much on “soft skills,” and not enough on academic achievement and preparation for 21st-century STEM careers.
Absolutely, it’s an irrefutable fact that modern science will save our lives in the face of this. Science dictates the life-saving measures being taken at hospitals around the globe. Epidemiologists hold the key to a vaccine, and a vaccine is what will allow our children to one day tell the story of eradicating the virus we once all feared. But as Friends School Haverford students of every age know, real science takes time, trial and error, lab tests, control groups--it’s entirely possible scientists will work for the next year to solve this problem. In the meantime, how are we surviving?
We’re learning to take the yoga breaths that FSH first and second graders learn as part of a Zones lesson. We’re chalking our sidewalks with messages that hang on the walls of every classroom at FSH. We’re heading outside to play in the grass and the dirt. We’re coming to understand there’s value in wearing a mask beyond our individual safety--it’s a way to take care of others and our environment (also known as stewardship by every FSH student ever).
For the children of Friends School Haverford, these are not new skills or novel ideas. These aren’t changes awaiting them when they go back to school. Often dismissed, these are the skills that put our children ahead of the curve in this remarkably difficult time. I truly hope their irrefutable value becomes old news by 2021.