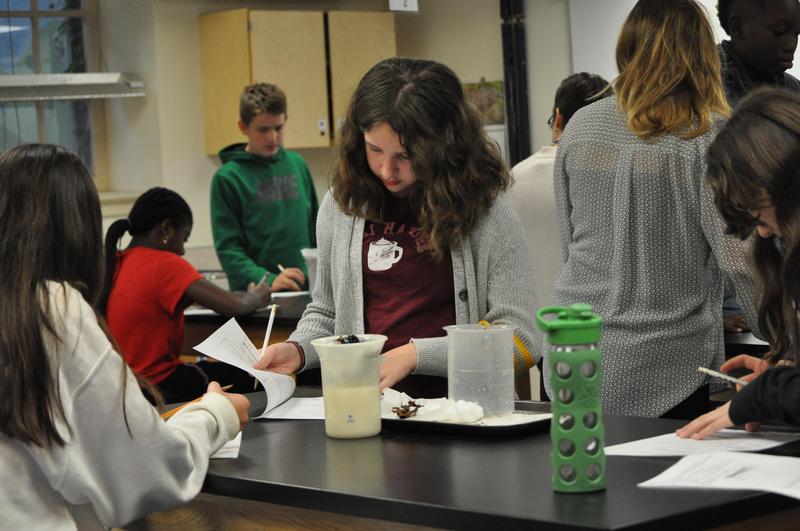 Grades 7/8 is learning about clean water and water filtration systems in science class. They experimented and made their own water system to filter debris such as dirt, plastic, and leaves using coffee filters. They made predictions on how dirty or clean the water would be after the filtration.
Read More » 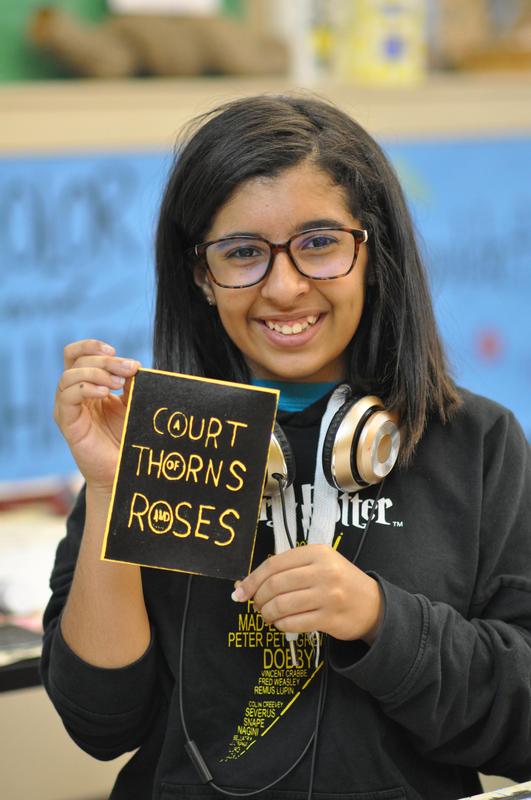 Middle school art electives allow students to deep dive into a specific style, technique, medium or material in art. One of Tr. Amy's art elective classes is learning about printmaking. Students learned the basic process and vocabulary by making foam prints. Once they have this process down, they will learn how to make a reduction, monotype, and collagraph print which will involve more complicated cutting and play with color, style, and texture.
Read More » 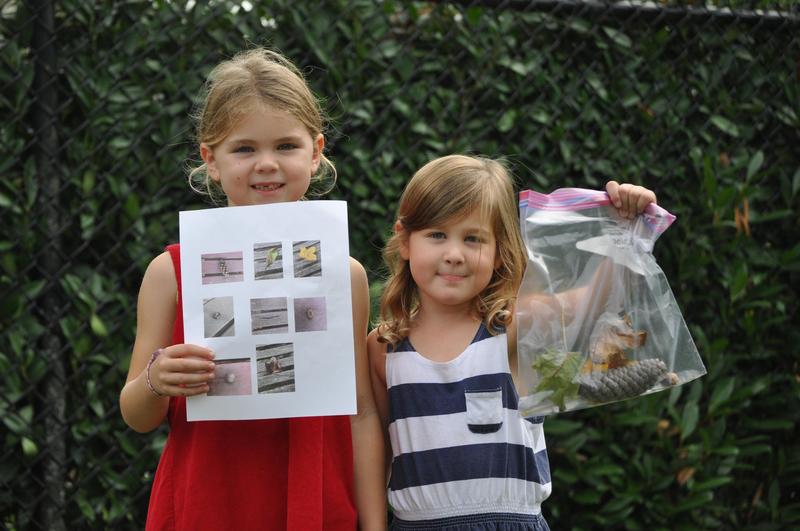 Kindergarten students took on a leadership role and invited Pre-kindergarten friends to join them in a scavenger hunt they created on campus this morning. K and Pre-K students paired up and worked together to find natural objects. Some items on the list were easy to find while others, such as a chestnut or pine cone, were harder because they can only be found on specific areas of the playground. Leadership opportunities give students a voice, build relationships and help develop organizational and communication skills.
Read More » 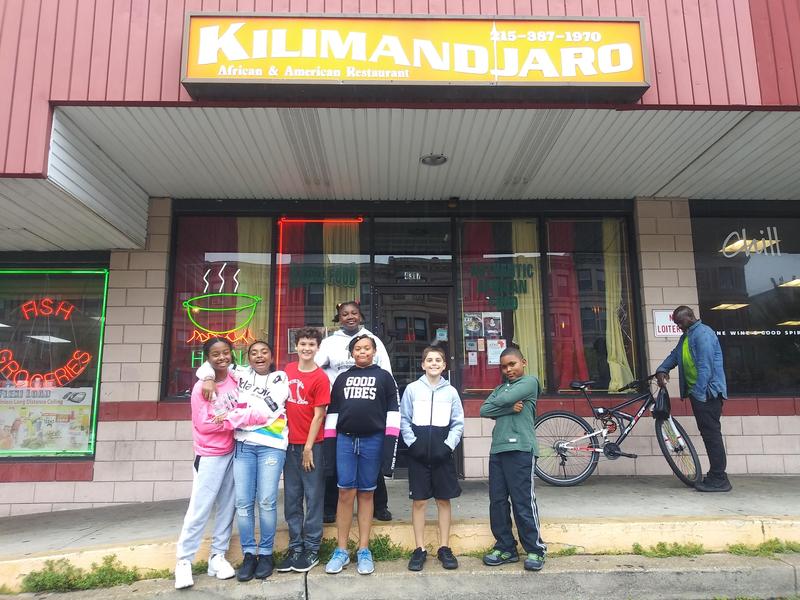 5th and 6th graders are exploring the role food plays in culture. As part of their study of West Africa, students were treated to lunch at Kilimandjaro, a West African restaurant in Philadelphia. Among the food students were able to sample were fried plantains, chicken and fish with African spices, and hibiscus juice. Yum!
Read More » 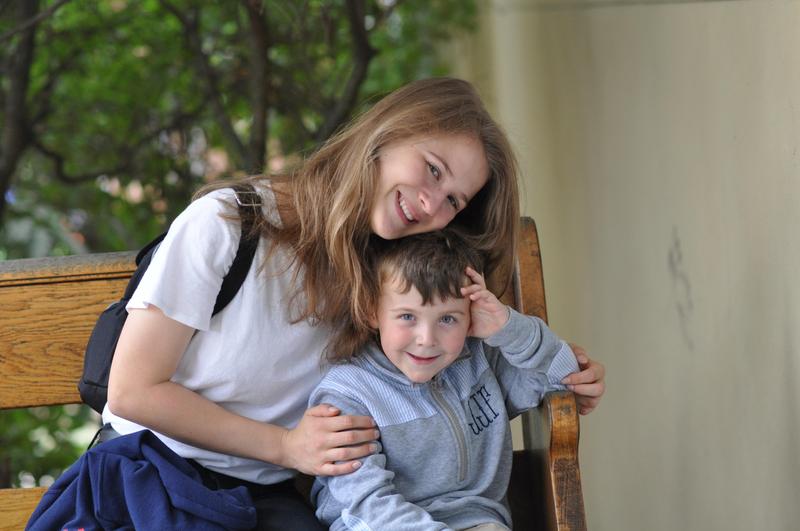 A few of our recent graduates called and arranged to visit FSH on their day off from school. They visited their former partners in pre-kindergarten and enjoyed doing some yoga with the class. They were so excited to reconnect and still share a special bond with each other that grew out of our wonderful partners program.
Read More » 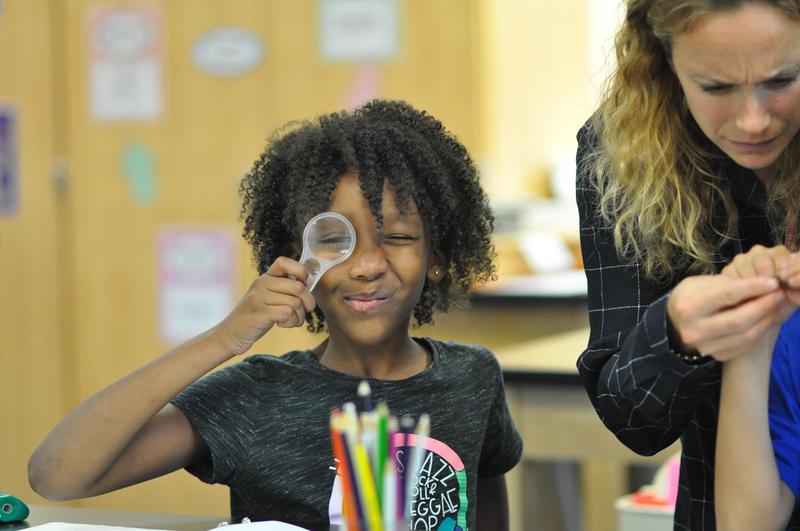 Grades 3/4 are learning about the tools of scientists. They used hand lenses to look closer at found objects such as a feather, cicada shell, acorn, and pine cone in science class. Students used their observational skills to record the color, texture, shape, and smell.
Read More »

Middle schoolers had the opportunity to take part in two actions that they planned on Friday. These actions were part of the Global Climate Strike inspired by the work of sixteen-year-old climate activist Greta Thunberg. In the morning, students were invited to join with Haverford College to hear speakers and learn songs and chants. Then Friday afternoon, middle schoolers walked to Lancaster Avenue as a group with the signs that they had made to show their support for the Global Climate Strike. Middle schoolers were pleased with all the supportive beeps, waves, and thumbs-ups they received from people passing by.
Read More » 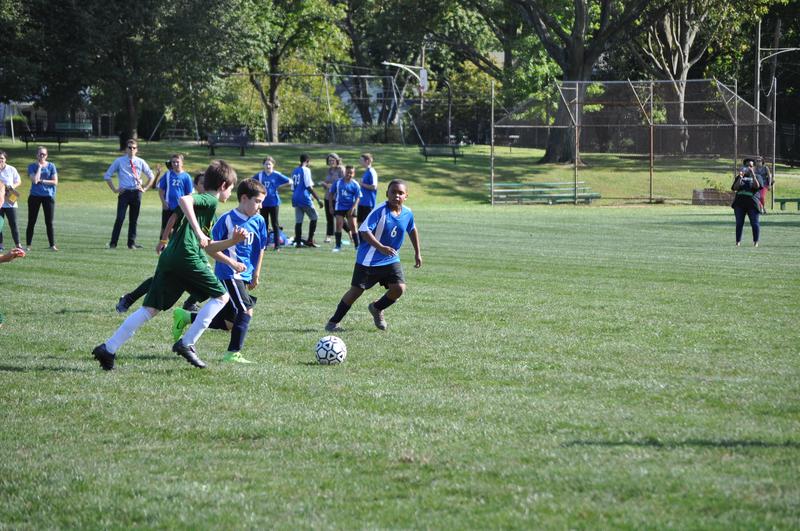 The FSH soccer team enjoyed their first game of the season with a 5-1 win against United Friends School. Our team showed wonderful sportsmanship throughout the game and even lent UFS a player when their goalie was injured. Come on out to cheer on the Foxes at their next home game vs Media Providence Friends School on Monday, September 23.
Read More » 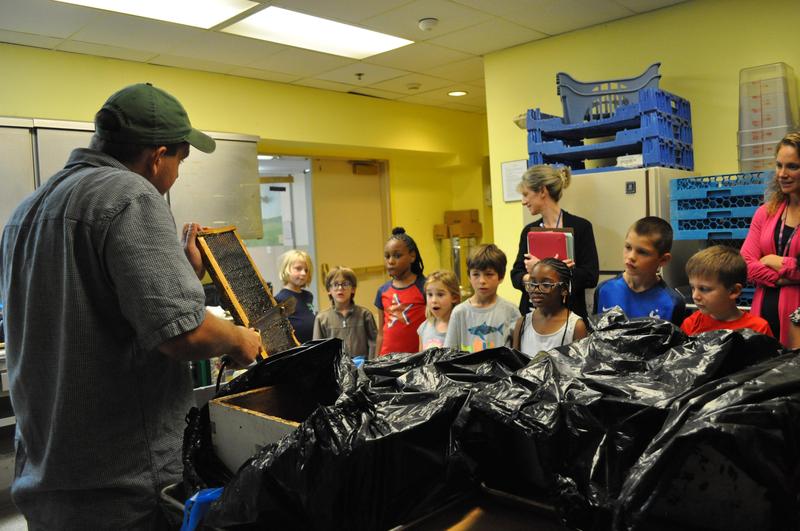 As part of our passion for the outdoors, beekeeper Eli St. Amour tends to honeybee hives on our campus and Haverford College's campus and extracts the honey in our kitchen. Students had a chance to sample delicious, fresh honey, ask inquisitive questions, and learn about the importance of honeybees as he showed them the honey extraction process.
Read More » 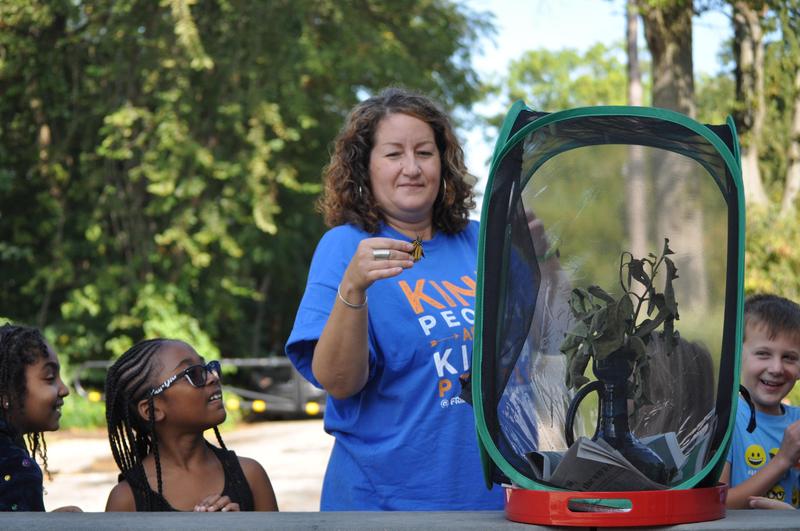 As an introduction to science, Gr 1/2 learned about what scientists do. They learned that scientists use their senses to observe and record their observations. Our student scientists carefully observed the life cycle of monarch butterflies in their classroom. The will make books about the life cycle of the monarch butterfly based on their observations at the end of the unit. Students will learn more about observation skills in Tr. Courtney's science class.
Read More »
RSS Feed