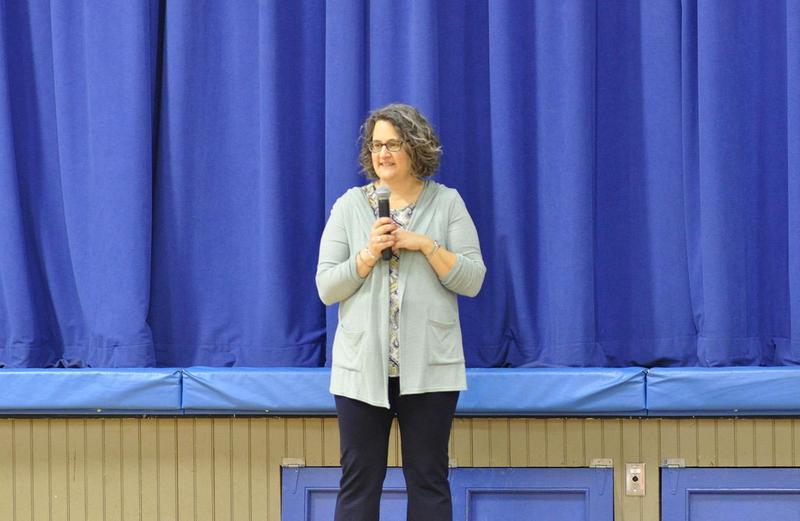 One of the first things I brought to my office when I arrived in June was an enormous wall calendar. Mr. Ken kindly re-hung a picture to make room for the 6' X 4' grid. Throughout the summer and the early weeks of the school year, anyone who came to my office couldn't help but notice and comment on it. 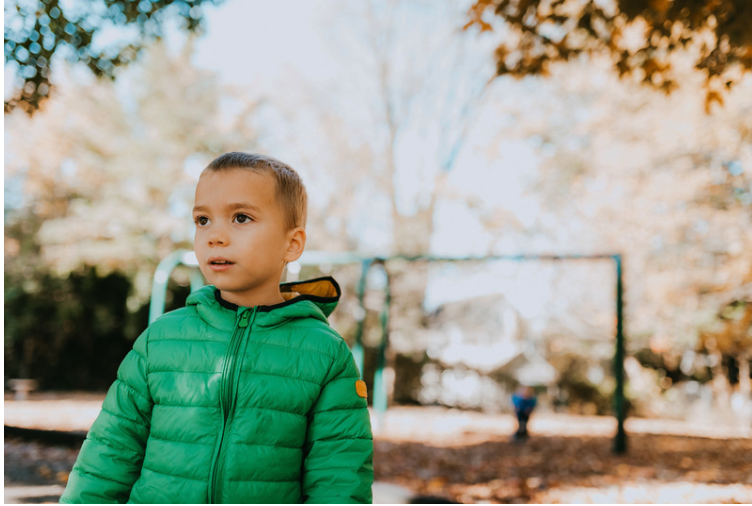 Taking a Moment of Silence

There was a moment before everything stopped when the idea of being at home for an extended period was appealing. A moment when a montage of peaceful images came--my family entangled on the couch, reading aloud, or the four of us tilling the garden beds in front of our house for hours on end. A moment when I believed we would find satisfaction in settling into a calmer daily routine and finishing the long trail of unfinished projects that we leave in the wake of our busy lives. At that moment as I stood in my quiet office, there was only one other person still in Schoolhouse. I often find myself thinking of the quiet of that moment these days and how it must still be there. It must have only grown deeper since we left. 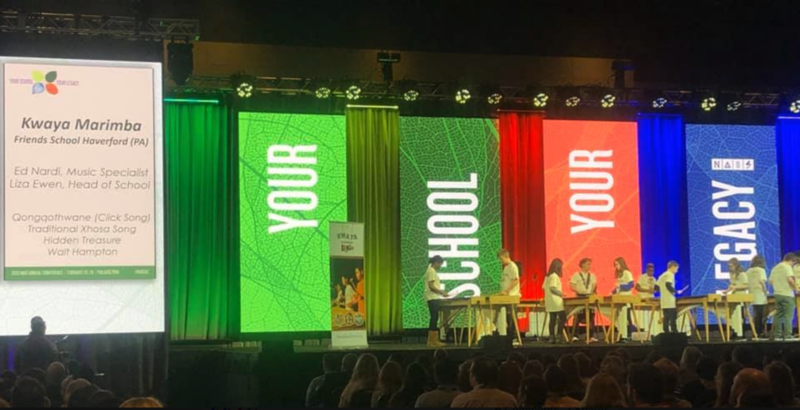 Two weeks ago, Tr. Ed stopped by my office at the end of the school day to let me know where exactly to find Kwaya Marimba performing at the NAIS Annual Conference. The Philadelphia Convention Center is enormous, after all, and the Annual Conference is such a huge event that it comes with its own app. I assumed that wherever the group played, the audience would consist of curious passers-by, and our 7/8 class would provide background music for the networking of school administrators, or they’d be competing with educational consultants and company representatives hocking innovation, fool-proof branding, and state-of-the-art learning management systems in the Exhibition Hall. I imagined I’d find myself standing amidst a small crowd and taking delight in watching them recognize just how impressive our middle school marimba players really are, much as I have done at venues like the Please Touch Museum and Haverford College. Only this time, I’d be that much prouder to say, “yep, I’m with them.” 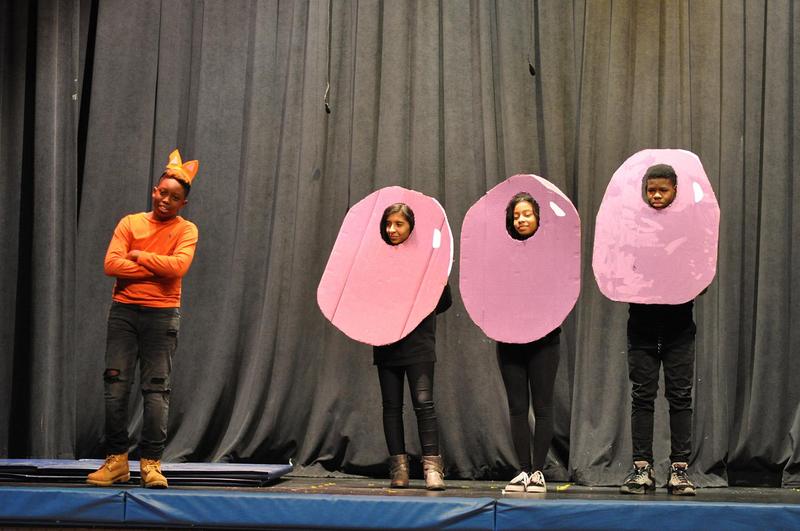 Like every five-year-old in 1980, my introduction to the world of the stage was the musical Annie. While my life was anything but a hard-knock one, I belted that song out more times than I'm sure my mother cares to remember. As an adult, like many teachers at small schools, my introduction to the world backstage was the need for someone--anyone, really--to take on the MS play. I like to think that had I been directing Annie, my innate, still-hidden talents as a director would have revealed themselves. While I am now certain my home is in the audience, I've long seen the value in making theater a part of any good education. Several essential lessons are best taught through the process of theatrical performance. 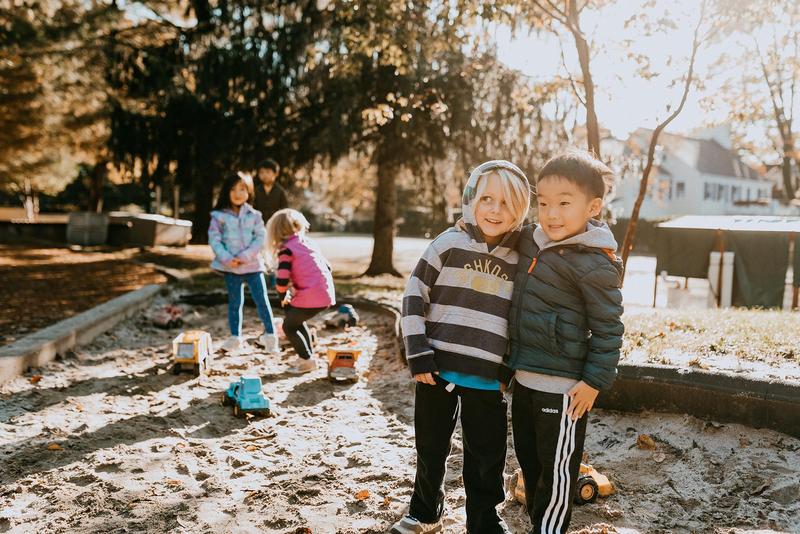 Find the Light Within Each Other and Ourselves

With all due respect to T.S. Eliot, April is not the cruelest month--February is. It is, to borrow from a Garfield comic that a student cut out and passed along to me many years ago, the Monday of months. I always assumed this stemmed from the rhythm of the school year (in February, it feels as if the school year has been going on forever when really, the second half has just begun). Still, the two Februarys I spent on maternity leave were marked by the same sinus infections and existential malaise. For years, I held the weather accountable, but this year that longstanding myth has been undone by spring-like days --which, in true February fashion, have turned sweet crocuses into further proof of global warming. Even before February officially began, I had to turn off my morning dose of NPR to muster enough strength to face the day. From the possibility of a pandemic to the final two minutes of the Doomsday Clock to the unfathomable tragedy of Kobe and Gianna Bryant, January was an extended prologue to February. There’s no consolation to be had in the ubiquitous reminder that it’s only 28 days (except when there’s 29 of them). February, no matter its length, is an unrelenting reminder of what we’re up against… in my humble opinion, at least. 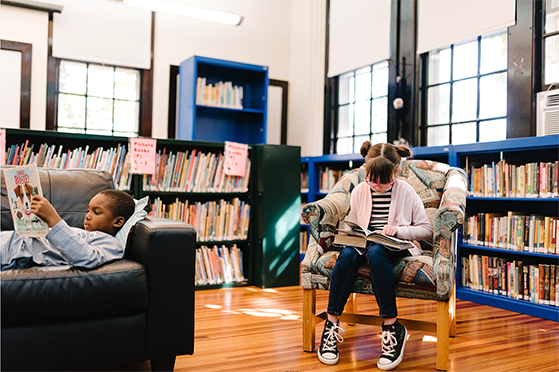 See the World From Each Other’s Perspective

This President's Day weekend, I was reminded that my eight-year-old could take or leave Abe Lincoln, but he unabashedly loves George Washington. Only Barack Obama competes with the nation's first President for sheer awesomeness in my son's eyes, and he'll tell you why-- "Barack Obama looks like me, and Washington does, too--I mean, in Hamilton." (In case you aren't as obsessed with this musical as you should be, Lin-Manuel Miranda cast actors of color to play the Founding Fathers, and the resulting portrait of American history is ah-maze-ing.) Both contemporary politics and phenom-making-historical fiction tell my biracial son something he doesn't consciously know he's longing to hear: that there are people in the world who look like him doing things he may one day dream of doing. 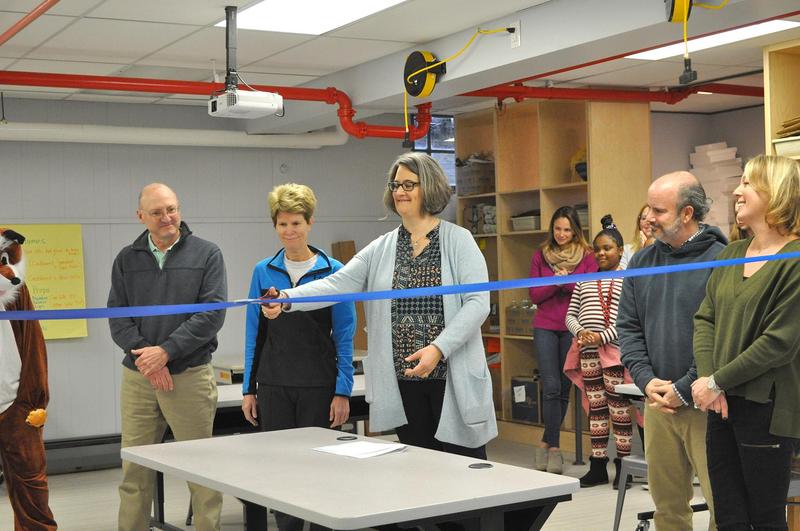 Bringing Ideas to Life in our New Makerspace

As we inaugurate the FSH Makerspace this week, I feel compelled to confess that it’s only just recently I have come to see the genuine value and promise of the maker movement in education. There’s something about the push for makerspaces that didn’t always sit right with me. After all, haven’t women being making in their kitchens for centuries? Didn’t innovation begin when ancient Egyptians turned papyrus into paper? Surely my brother and I were already design-thinkers as we attempted to build the ultimate pillow fort, with each iteration staying put longer than the last. Clearly, my skepticism ran deep. Then, my five-year-old son schooled me. 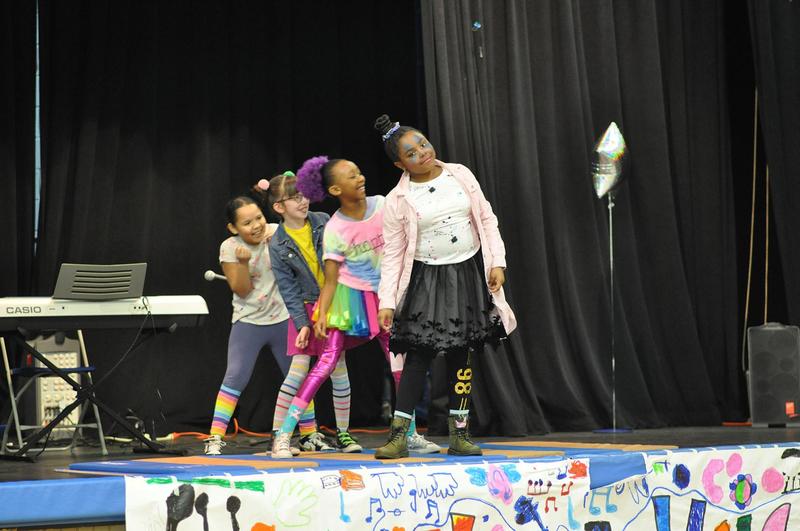 Each year, I’m struck by the number of young people who take to the stage and participate in the FSH Talent Show. This stems in part from remembering my reticence in elementary and middle school. It’s hard for me to imagine my third-grade self possessing the courage and confidence to stand up on stage in front of an audience of even my most supportive peers. Apart from sharing one’s budding talents, the Talent Show puts one in the potentially unnerving position of looking out at an expectant audience. The first time I was going to play my clarinet in front of an auditorium of people--as one of seven clarinets in a band of over 75 fifth graders--I panicked. I was too scared, even though my third-row seat was buried behind a sea of flutes. As the band played, my dad sat with me, watching from the wings and reassuring me it was okay. And really, it was okay--I don’t remember a particularly elaborate series of steps that eventually led me to take to the stage again, but I remember playing clarinet for 13 years--in orchestras and quartets, in marching band and pit orchestra. I wasn’t suddenly over being nervous; rather, I accepted that being nervous was part of the gig and summoned the courage to risk the wrong note or a botched cue. 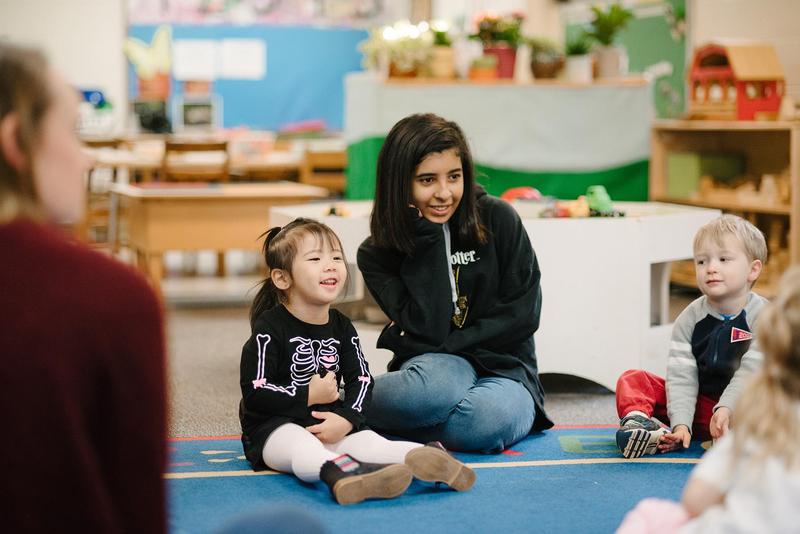 I know what my 7th-grade class picture looks like exactly, even though I probably haven’t laid eyes on it in 20 years. In the classic school-picture headshot, I’m wearing a turquoise sweater with large, matching earrings that are poking out of my curls, which are newly and tightly permed. As if the perm is not unfortunate enough, I am wearing make-up of the wrong hue. While not visible in the picture, I remember the plaid skirt that went with that sweater and the itchy tights I wore under it. I remember the discomfort of that outfit, that photo, and that moment because it encapsulates my 7th-grade year. It is September 1987, and for me, there is nothing more awkward than being me. 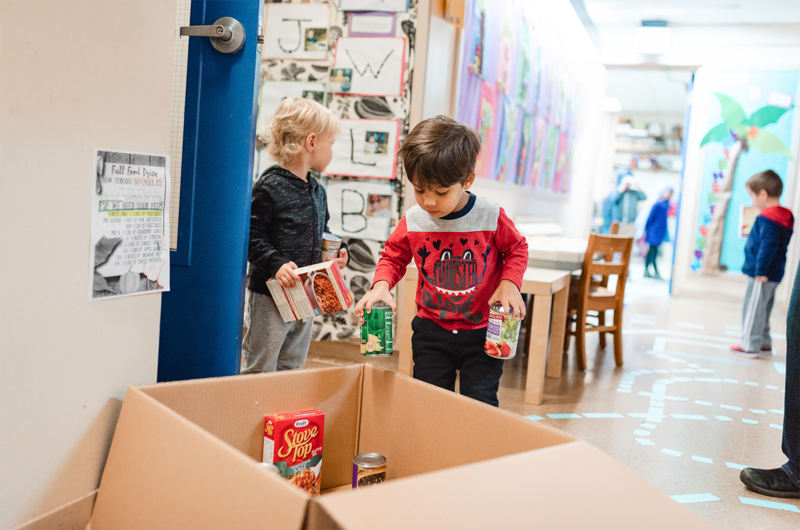 In my first year as a teacher at FSH, I had the opportunity to take my 7th and 8th-grade students to see an exhibit at the Haverford College Library. A former student of mine, Mary Crauderueff, is the Curator of Quaker Collections at Haverford, and she generously offered to let my students see the archival materials she had collected to document Quaker involvement in the Civil Rights Movement. The chance to see and read several signed letters from Martin Luther King Jr. to Dorothy Steere and a copy of the History of the Civil Rights Movement comic book (in which King is cast as the hero) served as the perfect capstone to our unit on literature from and about the Civil Rights Era.
RSS Feed